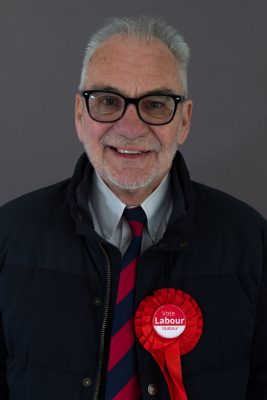 Get in touch with Mick

Mick is the Town Councillor for Bridgwater Victoria. He has worked in Bridgwater since 1976 and was councillor for Hamp 1987 to 1995. Elected as a councillor for Victoria in 2011, he has ensured that the green spaces in the ward, such as Victoria Park, Crowpill Park and Linham Road Park have been regularly maintained.

Mick has recently secured 76K EDFe mitigation funding for regeneration of the green spaces at Meadowside, Crowpill and Countess Avenue, which will take place in 2019.

As Chair of the Victoria Park Community Centre Board, Mick has made sure that the Luncheon Club can still continue to provide hot meals for the elderly, and he has obtained project funding for Active Living, the Dance Class, Diversity Voice, Digital Inclusion, Youth Club, St George’s Hall and Victoria Park Bowling Club.

As Portfolio Holder for Economy on Bridgwater Town Council, he has negotiated EDF mitigation funding for congestion in response to the Hinkley C development. The funding will be spent on the Bridgwater Town Centre, Railway Station and the Victoria Ward area.

Mick has always been available to take on casework for residents who need support regarding housing, universal credit, planning and problems relating to anti-social behaviour.