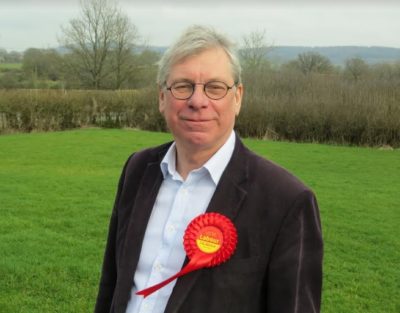 Get in touch with David

David Oakensen was the Labour Party Parliamentary candidate for  the Somerton and Frome constituency in 2010 and in 2015. David is a Chartered Accountant within his own local practice and has worked in the Frome area for over 25 years. He lives in Alexandra Road and has two children, one born at the old Victoria Hospital, and both now attending Frome College. He was a Town Councillor for eight years and became Deputy Mayor.

David Oakensen Labour Candidate for the Somerton and Frome Constituency