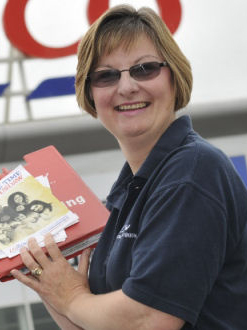 Get in touch with Deborah

Deborah Towner has lived in Shepton Mallet for 28 years and is  married with two grown up daughters.

She has been an USDAW (Union of Shop, Distributive and Allied Workers) representative since 2006 and has attended and spoken at a number of conferences across Britain.

Deborah says “I was proud to be a part of the two major marches against the cuts in London and am appalled at the mismanagement of our economy by the Tories which has lead to a double (possibly triple) dip recession and the loss of our triple A rating. Make no mistake, this latest recession has been created solely by the Tories. There are alternatives to the austerity measures currently being forced on people by this Government.”

Deborah was elected in 2013 to Shepton Mallet town council