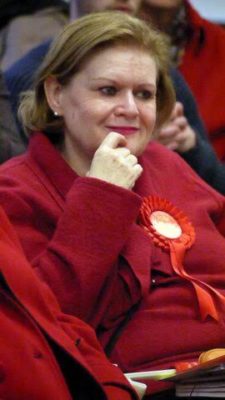 Get in touch with Libby

Libby Lisgo MBE  has lived and worked in North Taunton for the last 25 years.

She has been a Taunton Deane Borough Councillor for the area since 1995, apart from 2007-2011. She has been Leader of the Labour Group, Parliamentary Candidate for Taunton and in 2013-14 she was Mayor of Taunton Deane.

For eighteen years she was Chief Executive of Age Concern Somerset, which became Age UK Somerset

Libby  represented the Lyngford Ward on Taunton Deane and now is a councillor for the new authority of Somerset West and Taunton where she represents Priorswood.  She is vice chair of scrutiny.