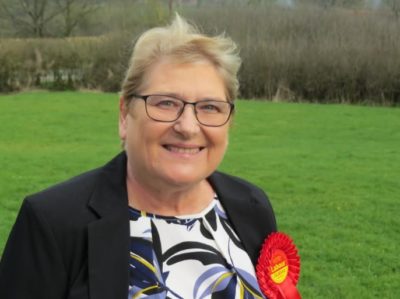 Get in touch with Mary

Although originally born in a small mining town in Scotland, I have lived in nearby Catsham for 30 years, and consider Somerset to be my family home.

I moved to London when I was 19 years old, where I met and married my lovely husband.  We have two daughters who also live in Somerset.

Having spent 10 years as Chief Accountant and Company Secretary for a progressive Advertising Group there, our family moved to Langport, where we owned and ran The Langport Arms for Almost 2 years.  I then Joined the rapidly growing Mitie Group, Cleaning division as Financial Accountant where I spent 6 years., leaving to start our family business , Rainbow Nursery in Frome.  The success of Rainbow prompted me to buy Amberley Hall Nursery in Clifton Bristol. My daughters now operate  the nurseries now that I retired in January this year.

My interest in politics began early, inspired and encouraged by my maternal grandmother.  Family commitments took precedence and although I was still passionate about politics, I put involvement aside until Retirement.  Retirement has provided me the time and energy needed to serve the Labour Party.  I am deeply honoured to stand as the Labour Candidate for Somerton and promise I will do my best for Somerton community.