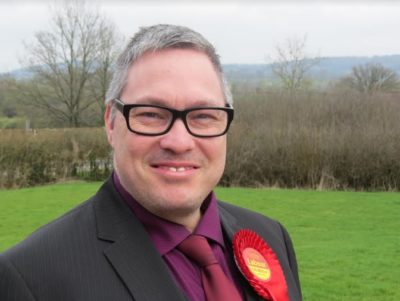 Get in touch with Stephen

I am a Single Parent with 2 daughters, I have lived in Huish Episcopi and Langport for over 30 years and went to what is now called Huish Episcopi Academy, and both of my girls have gone to local schools.

I work as a Laboratory Supervisor at Pittards PLC in Yeovil who are a manufacturer of some of the best leather in the world for all of the big fashion and sports companies.

I joined Labour over 20 years ago because I believe in the rights of the ordinary person; I believe people deserve to have the opportunity to be the best that they can be.

Every child should have the right to a good education and subsequent higher education or training opportunities. Everyone should expect to be able to work in a safe environment with decent rights and pay. That the Labour party was formed to represent the working person is at its core.

I believe people deserve dignity; that means having a health and social care system that is universal, free to access and which puts the patient first ahead of any profit motive. The Labour party created the NHS and this will forever remain one of our proudest achievements.

Labour is for all of us and not just some of us.