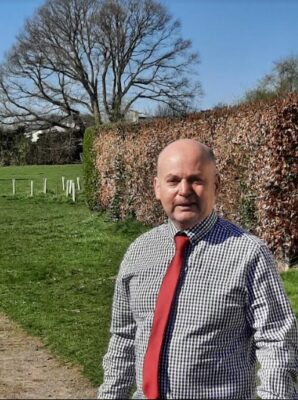 Get in touch with Terry

Married to a Nurse and like Terry a local postman held “Key-worker status,” during the Pandemic. My children attend Preston Academy and Strode College. I have lived in Yeovil since February 2005 and have seen
substantial changes to our town in that time. If elected, I hope to build on the positive approach that I have brought to Yeovil Town council. In Yeovil the Liberal Democrats have had their day and whilst they are hostile to me for challenging their actions and he struggles to see why Labour voters would lend their votes to a party that won’t work with other political parties, especially the parties who votes that they relied so heavily on in the early days to get them to where they are now. Please see below on the model that Terry is currently trying to use in Yeovil that worked well for the Liberals but is not going down well with them now that change is needed.

When Paddy Ashdown came to Yeovil his immediate aim was not to beat the Tories but to beat Labour. Once the Liberals were challengers for the seat, He would be able to squeeze the Labour vote in Subsequent elections. Taken from Mark Pack eight steps to winning a Parliamentary constituency. (In these days Labour was second place and in 1945 came remarkably close to winning the seat).

The Liberal project has failed and now it is time to move on but to do this we must remove the Liberals from power in Yeovil. So please if you are unhappy with the status quo please reject the Liberals at the ballot box and help bring change to Yeovil. Labour voters cannot keep falling for the same line that won Paddy Ashdown his seat but needs to remember the reason why David Laws lost his seat he sided with the Tories and enjoyed “Austerity”, It’s time to remove the Liberals from Yeovil and elect a council that will work for the whole of Yeovil and not keep electing the same councillors to multiple councils who are more interested in power than the people.

Only Labour can beat the Tories in Yeovil South in 2017 the Lib-Dems lost the seat
to the Conservatives. The incumbent Councillor sought re-selection as an
Independent and in 2013 the Tory candidate was a Ex Lib-Dem Councillor; however,
he was not the candidate in 2017 and has since left the constituency.
The new Council need more Councillors like Terry who do not take the voter for
granted.