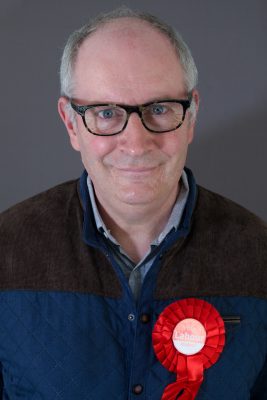 Get in touch with Tim

Tim Mander was elected as Town Council candidate for WESTOVER in May 2022. He is currently the Town Council ‘Transport’ Portfolio Holder.

Tim has lived in and around Bridgwater all his life working for Sedgemoor District Council for 36 years and thinks it’s about time he gave something back to the community. He is a chartered surveyor, a lifelong trade unionist, spending 10 years as Sedgemoor Unison Branch Chair, followed by a further 15 years as branch vice chair.   He also served    3 years as Parent Governor of Penrose Special School and two terms on the board of Directors of Bridgwater Arts Centre and is currently chair of the Bridgwater Czech/Slovak Friendship Society. As a trade unionist he has been used to dealing with members problems and representing people. As a parent of a special needs child, he has also had to be a strong advocate for his son, so he feels he has the skills necessary to fulfil the roll of an elected Councillor.

Tim says “! know Bridgwater and the people well and have strong contacts with both the Town Centre and West side of Town. Having been a member of the Labour Party for nearly 30 years I believe I have strong Labour values of promoting equality and social justice and have remained loyal to the Labour Party through different party leaders throughout the 30 years. Both my children were educated at Bridgwater state schools, and I remain a strong believer in the public sector.”