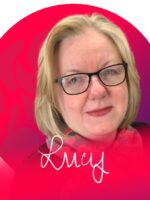 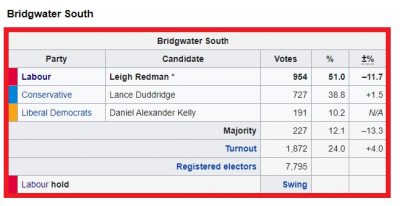 Bridgwater South is a County Council ward which has been traditionally Labour and was won for Labour  in 2013 and 2017.

Consisting of the 2 Town and District wards of Westover and Hamp it has 100% Labour representation.

Westover District councillors from  2019 are KATHY PEARCE and BRIAN SMEDLEY

The 2 Town  councillors elected for Hamp in 2019 were  LIZ LEAVY and LEIGH REDMAN. 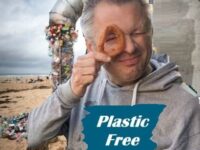