At today’s budget set meeting of Sedgemoor District Council both the Labour and Lib Dem Groups had submitted alternative budgets to that of the ruling Tory Group. Labour had pushed for considerably more spend on Climate emergency projects including staff, regeneration work on Classic Buildings and the old Salmon Parade Hospital plus a programme of post-recovery festivals whilst the Lib Dems had urged spend on ASB in Cheddar and infrastructure support in Stockmoor and Willstock. The scene was set for a mighty battle. Then on the morning of the meeting the Tories amended their budget to include elements of both the Labour and Lib Dem ones. Leader of the Opposition Cllr Brian Smedley (Labour, Westover) said “We were calling for almost half a million more from their substantial reserve to spend now on urgent things that had gone AWOL from previous budgets. Areas of neglect like Penel Orlieu, Salmon Parade and the Stockmoor estate. Suddenly the penny dropped and was made available. This is now the second year running we have backed the Sedgemoor budget and we are please to see almost 50% of what we asked for being delivered.”

Sedgemoor Leader Cllr Duncan McGinty (Con, EastPolden) said ““This has been an extremely difficult year with the impact of the Covid Pandemic and its financial implications, not just on this Council, but on the wider economy.  I would just like to pay tribute to the staff and members, who not only have risen to the Covid occasion and provided help, support, advice and sometimes a shoulder to cry on, but have continued to do the day-to-day work that keeps the Council delivering for its residents and businesses. The figures presented include the estimated cost of Covid and these have been funded by government grants and use of specific reserves. This Council has continued its strategy of a managed use of balances and specific regard has been given to the need to deliver a balanced medium-term budget, which is robust and will achieve our commitments. It should be noted that a countywide 2,000-strong, survey carried out in winter 2020 by Ipsos Mori, one of the world’s leading research companies, showed that 67% residents are currently satisfied with public services provided by district councils.  Additionally, in 2019 65% of Sedgemoor residents said that they were extremely satisfied with our services.”

Lib Dem Leader Cllr Bill Revans (LD, North Petherton) said “I welcome this more pluralistic approach and hope that it continues as it’s the way forward. I am particularly pleased that finally the people of Stockmoor and Willstock have been listened to.” He praised North Petherton Town Council for it’s consistent pressure and the Corporate Scrutiny review by Cllr Smedley that put the issue back on the SDC agenda.

Sedgemoor’s budget was approved unanimously by all 43 members present with an increase in the district council tax of £5 per year on a Band D. 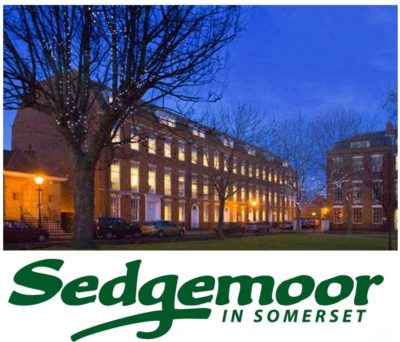 In a statement Sedgemoor Press office said “Despite dealing with the Covid pandemic, with an estimated £4m financial impact in the current year on Sedgemoor’s finances, coupled with the fact that nearly all staff working from home for eleven months of the year, Sedgemoor District Council has yet again set a balanced budget with no cuts to public services for the coming financial year. The emphasis over the past year has been on supporting residents and businesses throughout the Coronavirus crisis while delivering frontline services and taking opportunities to kick-start economic recovery. Additionally, there is a firm commitment to press ahead with ambitious plans to invest £1m of growth into the local economy as well as spending in priority services – all set in the context of a future stable five year financial position.”

Other measures announced in the budget were:

The Council Tax will see an average Band D property pay £172.32 this year for District Council services.  This includes £1.80 that is raised on behalf of the Somerset Rivers Authority each year. It goes directly to the Somerset Rivers Authority and enables it to implement and fund the 20-year flood action plan for the county.  An additional £40.85 goes to the Internal Drainage Boards to help with their work.  This leaves the actual amount that SDC retain for spending on its services at £131.47 per Band D property.

Sedgemoor’s element of the council tax will be increased by 3.02% – an additional £5 per year on a Band D property, that is 9.6p per week.

Sedgemoor is still in the top 25% of councils for the lowest band D tax and the lowest in Somerset if drainage board levies are excluded.

Speaking at the Full Council Labour Leader Cllr Brian Smedley said “There’s no greater satisfaction than having been up until 3 in the morning writing a budget speech only to wake up a few hours later to find its now  superfluos as all our proposals have been accepted.   Well, they haven’t all been accepted but I think this is a generous 11th hour offer by the ruling group to take on board some of the things that the Labour and Lib Dem budgets were calling for. We had asked for an extra £563,000  worth of projects and the new budget offers a move in our direction of £200,000. Now, we could challenge that and say it’s clearly not enough and then proceed to defend our budgets to the penny-or, we could recognize the desire to work together during this pandemic, accept what’s on offer and dispense with speeches. “

“So instead of making a big speech I’ll just replace the section of the speech where I say we need to vastly upgrade our financial response to climate change by saying ‘a bird in the hand is worth 2 in the bush’ -in the knowledge that we’re all wanting more birds, more bushes and more hands …on deck. Which is why we support the compromise introduction of a new ‘Recovery Officer’ post.”

“And in the spirit of working together for the benefit of the community its clear that we all recognize that Climate Change is our single biggest priority and we all want to take this forward.   That you have revised your climate budget upwards we appreciate and will accept as a step in the right direction”

“And I’m happy to withdraw the part of my speech where I was going to draw attention to the disgraceful degeneration of our heritage and in particular the Classic Buildings and the Salmon Parade infirmary. Instead, I’ll say that we appreciate that you’ve now met our requests for feasibility studies on these long neglected eyesores and replace that part of the speech with  ‘don’t look a gift horse in the mouth’ so …nice one .

“And also, It was maybe too much to have expected you to support our proposed Festival Recovery Programme. But, we ALL want to come out of this recovery singing and dancing – as we should be doing in a party town like Bridgwater with its love of festivals. We said in our manifesto 2 years back that we needed more festivals-more celebration of our heritage, our waterways, our history, our culture, our internationalism and our environment and so-we proposed setting aside funding to back 4 new festivals .There will be one big party and no doubt a summer of love that we’ll all be very happy to take part in –I know I will – and we want to be ready for that – so we wanted an   extra festival budget on standby for that eventuality -but of course we don’t know precisely when that will be, so no great loss to withdraw that element of the budget. So I’d just instead use that old saying ‘ Ať bude  Slavnost kdykoliv, jsme připraveni’ which of course, is Czech.”

“And  finally I’m sure that in this new spirit of co-operation we can all instead point fingers at the government , so I’ll even remove the bit in my speech where I call for Matt Hancock to resign –  not because he shouldn’t resign – I think he should -but because I’m sure we all agree that what they might replace him with could be 10 times worse…..”

“We now therefore support the amended Sedgemoor budget with the elements of the Labour and Lib Dem proposals now contained within it.”