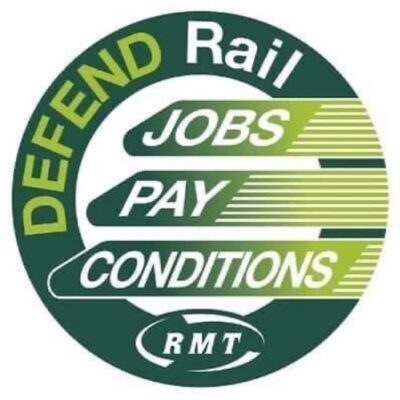 The government described rail workers as “heroes” during the pandemic.  Rail staff work all hours, seven days a week to keep the country moving.  Far from modernising our railways the government now want to make compulsory redundancies with cuts to thousands of rail jobs. This includes removal of on-train and station staff, thousands of safety critical infrastructure staff and the closure of every railway ticket officers. This will reduce services and make our railways less safe, secure and accessible.

Passenger use of the railways is rising and is on track to recover from the pandemic. Moreover, as our population and economy grow, protecting and expanding services will be essential for protecting our prosperity and climate.  Our railways are green transport for the future which is why it’s so short sighted for government to make these cuts. 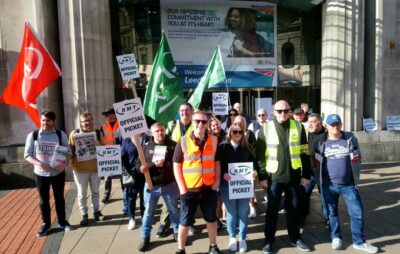 The rail workers involved in this dispute include on-train and station staff, cleaners and workers who repair the track and trains. Most workers in this dispute have a salary of between £25–31,000. Despite the cost-of-living crisis, most have not had pay rises for two or three years. As well as falling pay the employers want to introduce worse pensions.   Rail workers are angry that their livelihoods are now under threat when during the pandemic rail bosses have taken home £1m pay packets and rail companies have made in excess of £500 million a year in private profits since the start of the health emergency. The reason cuts are now being proposed is so companies can continue to rake in profits, regardless of the consequences for passengers and workers.

The government claim they ‘bailed out’ the rail industry during the pandemic. In fact, the funding that made up the shortfall in passenger revenue was essential to keep the railways operating to keep people and goods moving, helping to save lives and the economy – which is why rail workers were identified as key workers and could not be furloughed. In reality, the only part of the industry that was bailed out was the private operators who would have gone bust without government support to continue to make profits.

In addition to the threatening rail workers with compulsory redundancies and holding down pay, during the negotiations over the last few weeks, the employers have revealed an agenda for a wholesale attack on pay and conditions aimed at restoring Dickensian working conditions in a form of internal fire and re-hire. The employers want to increase the working week by five hours for new entrants and abolish collective bargaining over pay which will instead be benchmarked at lower rates of pay from outside the industry. The employers literally want rail workers to work more for less! This is obviously a backwards step for workers’ conditions which will lead to a race to the bottom and will also store up future industrial relations problems by creating a two–tier workforce. It is also a matter of extreme concern that the employers have not ruled out using this “More Hours, Less Pay” model for current employees by giving them notice on their existing contracts and imposing new contracts.