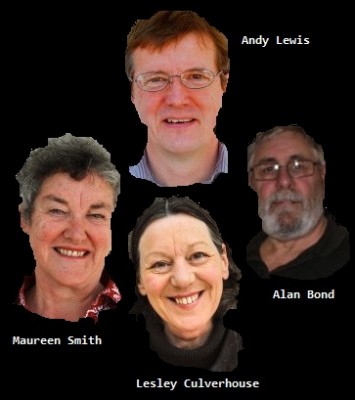 West Somerset’s four Labour candidates for the forthcoming County Council elections next May have written an open letter to the press alerting people to the real affects of the proposed cutbacks.

“Our county councilors will vote next week on a programme of savage spending cuts which threaten the well-being of children in West Somerset. Reductions in services for children in need of support are a disturbing feature of the budget that will go before the full council meeting next Wednesday (Feb 20th)

Perhaps the most shocking proposal will reduce the effectiveness of Children’s Centres in Alcombe, Watchet, Williton, Dulverton and elsewhere. Help in the pre-school years is the best way to improve a child’s chances in Life. Yet £1,400,000 is being cut from the budget, bringing a reduction in the number of teachers and family support workers. The County Council’s own report admits that this will bring “reductions in early help…. also a reduction in the quality of early learning.” END_OF_DOCUMENT_TOKEN_TO_BE_REPLACED

Some of the poorest people in West Somerset have reason to be grateful tonight to the Labour councillors we worked so hard to get elected in 2011. After a sustained effort by Labour, the amount they will have to pay under a system which has been likened to the Poll Tax has been cut in half.

Officers at West Somerset District Council had proposed that support should be capped at 70 per cent – so people would have to pay at least 30 per cent of their council tax bill. That proposal was backed by the Tory cabinet.

Three or four pounds a week better off

Andy Lewis, Labour candidate for Dunster in this years Somerset County Council elections, said “During a tortuous and difficult process, Labour members on the council argued that support should be 85 per cent – leaving people with just 15 per cent to pay. That proposal was agreed unanimously this evening. This means that the poorest individuals and families living among us will be three or four pounds a week better off than they would have been.”

“A small victory, you may think, but a victory nonetheless – and an important one for hundreds of people.”

Tory Somerset County Council has just announced some details of its “very difficult” budget for the next financial year which includes “reducing bureaucracy in the county council” (but it is not yet clear what this entails) “re-organising services” and “a freeze on council tax” . They claim they have achieved the ‘protection of youth services , school crossing patrol officers, libraries and provided extra funding to revamp damaged roads’.

However, the Somerset County Labour Group says this amounts to almost 200 job losses with up to a 20% staff reduction in some sectors.

In a statement the Labour Group said “The MTFP budget setting has been a crude approach that has cut across the previous service review methodology that has been going on for the past year. While the service reviews themselves were flawed, the failure to deliver the promised savings through them, and through wider organisational change, has meant the County has had to seek greater levels of savings during the budget setting process. Money wasted on external consultants over the past four years, whose work now seems largely pointless, could have been better spent on retaining services. “ END_OF_DOCUMENT_TOKEN_TO_BE_REPLACED

Sedgemoor District Council passed a Labour motion at its last full Council meeting to actively promote the Living Wage and acknowledge all organisations in Sedgemoor who pay the Living Wage, rather than the minimum wage. Sedgemoor works with employers and organisations via Local Labour Agreements which ensures that local people are given training and help to get jobs.

In speaking to the motion, Cllr Mick Lerry (Labour) commented that a large number of people were paid below the living wage levels and it was important to have a local economy where prosperity was shared.

‘Calculated according to basic cost of living’

The Living Wage is an hourly rate set independently and updated annually. Currently it stands at £7.45 per hour and is announced in November each year. The Living Wage is a calculated according to the basic cost of living in the UK. Employers choose to pay the Living Wage on a voluntary basis. The UK Living Wage is calculated by the Centre for Research in Social Policy . The National Minimum Wage is the minimum pay per hour almost all workers are entitled to by law. It doesn’t matter how small an employer is, they still have to pay the minimum wage. The minimum wage rate depends on a worker’s age and if they’re an apprentice. The main adult rate (for workers 21 and over) is £6.19 an hour. The rate for 18-20 year is £4.98 an hour.The rate for 16-17 year olds is £3.68 an hour . The rate for apprentices is £2.65 an hour. END_OF_DOCUMENT_TOKEN_TO_BE_REPLACED

The by-election for the Sedgemoor District Council ward of Highbridge and Burnham Marine set for Thursday 24th January and brought about by the surprise sudden resignation of Lib Dem leader Joe Leach has entered a new phase as the final list of candidates published shows the party in complete disarray with 3 of the 5 Liberals and ex Liberals of varying shades.

Highbridge – the most marginal of all Sedgemoor wards – has swung between all the parties dramatically since the creation of Sedgemoor in 1973 with 15 Labour Councillors, 10 Liberal, 6 Tory and 2 Independents being elected at different times often with minimal majorities. END_OF_DOCUMENT_TOKEN_TO_BE_REPLACED

A day which had started with Sedgemoor Corporate Director Bob Brown admitting after weeks of pressure from the Sedgemoor Labour Group that part of the Tesco planning fee for the controversial Northgate development had been paid out of public funds – but  in fact by the County Council – ended with Battle lines drawn at the Corporate Scrutiny committee meeting as Tory Councillors attempted to vote down an urgent motion to investigate the matter .

Addressing the meeting, Cllr Julian Taylor (Labour Bridgwater Eastover) outlined the facts of the case saying that it was “Morally indefensible that council tax payers money should be spent subsidizing a multi billion pound corporation” and that it was now “right and proper that the Council called a special meeting of the Scrutiny committee to investigate how this happened with all the correspondence involved along with the Chief Executive who made the decision.”

Cllr Ian Tucker (Labour Bridgwater Dunwear) said “The council has got to be seen to be acting fairly.”

Cllr Mick Lerry (Labour Bridgwater Victoria) moved the motion to call a special investigative meeting saying “We need this meeting now to clear this up. This is not a minor matter it relates to the Governance of this Council and public money has been used to clear an impasse where both Councils are landowners who seek to benefit from the sale. We want to know what discussions have been had between SDC & SCC and any refusal to scrutinise this would be clearly seen as a smokescreen. ” END_OF_DOCUMENT_TOKEN_TO_BE_REPLACED 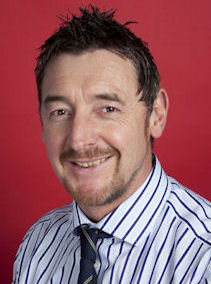 The By-Election for the Sedgemoor District Council ward of Highbridge & Burnham Marine  caused by the resignation of   SDC Lib Dem leader cllr Joe Leach has been called for Thursday 24th January 2013.

The Burnham & Highbridge Labour Party have selected former Coal Miner Ricky Holcombe as their candidate. Ricky, who lives   in Burnham on Sea,  has been a trade unionist and a member of the Labour Party for over 30 years .

Announcing his candidacy today Ricky said ” I left school at 16 and started work as a coal miner and took part in the 1984/85 miners’ strike. I witnessed first hand what a Conservative government did to communities of decent, hard-working people. Amazingly we have gone back in time 25 years in 18 months to be faced with cuts to services, privatisation and commissioning of the NHS,  attacks on pensions, the transformation and masked privatisation of the education system, the highest unemployment ever including over a million under 25 and  the biggest onslaught on welfare and employment rights that this country has seen.” END_OF_DOCUMENT_TOKEN_TO_BE_REPLACED

Across the County Council the Tories have done a DOUBLE CUT to services…. One as a result of the cuts made by central government and one imposed by Tories in Somerset because they say the County council needs to reduce accumulated debts. The second cut is seeing about £30 millions of extra cuts.

Both the Lib Dems and the Tories have done nothing to deal with the low funding Somerset gets for education from Central Government. Somerset children get £400 less per year for their education, than the national average. That means, fewer teachers, fewer teaching assistants, worse buildings and less in the way of support and opportunities. Both parties have let Somerset children down – children deserve better. Both parties are seen as a ‘soft touch’ by central government. END_OF_DOCUMENT_TOKEN_TO_BE_REPLACED

When Tory controlled Sedgemoor District Council hastily demolished the Splash Swimming pool to make way for a Tesco megastore in the centre of Bridgwater the Labour controlled town council opposed the move. Some members even joined in with an occupation such was the strength of feeling amongst local people.

Three years later the Tory majority on Sedgemoor had forced through the Tesco project against Labour opposition and in September 2012 the Planning application from the Multinational supermarket chain was submitted. Strangely nothing happened for over a month. When Labour councillors demanded an explanation at Full Council it transpired that there were ‘technical issues’ to resolve – after further digging it became apparent that this was because there was a major dispute about the ammount of planning fee Tesco should pay. It turned out that this was finally resolved by the Chief Executive Mr Kerry Rickard deciding that Sedgemoor would pay the fee on behalf of Tesco , so keen was his Authority to get the superstore into the town.
END_OF_DOCUMENT_TOKEN_TO_BE_REPLACED

With the Conservatives on the defensive Nationally due to  their unpopular programme of cutbacks and the LibDems totally discredited by their decision to prop up a Tory minority Government, the Labour Party in Somerset is viewing next years County Council elections as a great opportunity to offer the people of Somerset a real alternative.

The County Council is currently Conservative controlled and has been pushing through a raft of unpopular major cutbacks, privatisations and outsourcing, reducing services everywhere. The Lib Dems popularity clearly peaked at the last election and disillusioned voters have been turning away from them in droves. END_OF_DOCUMENT_TOKEN_TO_BE_REPLACED